It’s official. Vic Chou, Ariel Lin and Bolin Chen are set to star in the latest movie Lala 2. Ariel was the first to arrive in Shanghai last week, followed by Vic over the weekend. Bolin will join them at a later date as he’s still currently busy with other stuffs.

Upon Vic’s arrival in Shanghai, Ariel immediately gave him a homework by handing him three books to read. Two of the books are the novels from which the Lala movies were based upon. Vic appreciated the gesture, saying that the books will provide him a better understanding of the movie. He also showed his humor when he said that he’s overwhelmed by the number of words in the books that suddenly he’s become dyslexic. 🙂 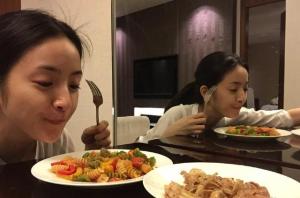 Ariel Lin was the first to arrive in Shanghai where she will stay for 1.5 months to film Lala 2. 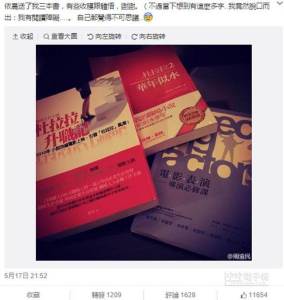 Amazing how well time can soften the edges on some seemingly rough memories. It can be recalled that Vic’s break up with the late Beatrice Hsu had created some sort of a wedge between him and her group of close friends which included Ariel Lin, Rainie Yang, Joe Chen and Mike He. However, over the years, everyone seemed to have buried whatever enmity they had against Vic, starting with Ariel who agreed to work with him again on a tea endorsement back in 2009. When Vic won the Golden Bell Award for Best Actor in 2013, Rainie was one of the people who expressed her displeasure when his speech was rudely cut off in the middle by the descending microphone. And now this new collaboration with Ariel again, this time in a new movie. 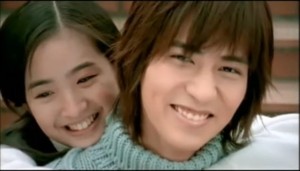 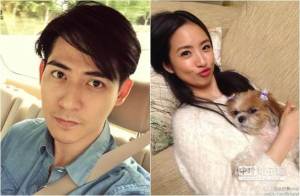 Third time’s the charm for Vic Chou and Ariel Lin as they work together again in Lala 2.

Lala 2 is going to be a follow up to its predecessor Go Lala Go! albeit with a different cast. The first movie was about an office woman in her thirties and her struggles in the corporate business. In its latest sequel, the female protagonist (Ariel), now a successful career woman, suddenly found herself caught in a love triangle between the man she’s engaged to be married (Vic) and a new suitor (Bolin). Who will she choose in the end, Mr. Right (Vic) or Mr. Perfect (Bolin)? Whether there will be a wedding in the end or none is something to watch out for in the latest movie. The cast will be filming in Shanghai, Taiwan and Maldives.

Lala 2 boasts of a powerful cast consisting of the three top Taiwanese artists who are all past winners of the best acting awards at the Golden Bell Awards, Taiwan’s equivalent of the Emmy Awards. Although if truth be told, I must admit that I’m a little bit disappointed that so much talent will only be wasted in a light rom-com movie like this one, especially if it’s going to be anything like its prequel. This movie isn’t exactly the type of film I had in mind for three award-winning artists to work together in. I was kind of hoping they could work together in something with a little more challenge than just a romantic comedy. But then again, we just can’t have everything, can we? if this is the best we can get, then might as well just enjoy it for all its worth. With that aside, this movie is still very much worthy to look forward to. It’s going to be a real treat to watch this powerhouse triumvirate showcase their talents on the big silver screen. It’s almost like watching the bests of the titans spar against one another in one big arena. Its tentative premiere date will be on Valentine’s Day next year. 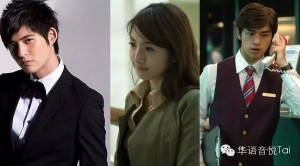 The cast of Lala 2 is made up of Taiwan’s finest.

Eye candy and real talent, plus more eye candy, what more else can we ask for?